Full Name
Vice Admiral Jerome M. Adams
Job Title
United States Surgeon General
Speaker Bio
Vice Admiral (VADM) Jerome M. Adams, M.D., M.P.H. is the 20th Surgeon General of the United States. His mission as the “Nation’s Doctor,” is to advance the health of the American people, and his motto is “better health through better partnerships.” He is committed to forging new partnerships and strengthen existing relationships with members from the business, faith, education, and public safety and national security communities.

As the Surgeon General, Dr. Adams holds the rank of Vice Admiral in the U.S. Public Health Service (USPHS) Commissioned Corps. In this capacity, he oversees the operations of more than 6,000 uniformed health officers who serve in nearly 800 locations around the world, promoting, protecting, and advancing the health and safety of our nation.

During his tenure, Dr. Adams has created several initiatives to tackle our nation’s most pressing health issues, including: the opioid epidemic, oral health, and the links between community health and both economic prosperity and national security. He is also a member of the President’s Coronavirus Task Force.

In response to the opioid epidemic, Dr. Adams issued the first Surgeon General’s Advisory in 13 years, urging more Americas to carry naloxone, an FDA-approved medication that can reverse the effects of an opioid overdose. Dr. Adams also released Facing Addiction in America: The Surgeon General’s Spotlight on Opioids, and a digital postcard calling for a cultural shift in the way Americans think about, talk about, and respond to the opioid crisis.

Earlier this year, he released Smoking Cessation: A Report of the Surgeon General, the 34th report on tobacco since the first Surgeon General’s report was released in 1964 and the first report on cessation in 30 years. The 2020 report documents proven strategies that help adults quit smoking, and makes it clear that one of the most important actions people can take to improve their health is to quit. This is true regardless of their age or how long they’ve been smoking.

Dr. Adams is focused on building a culture of health and prevention in all sectors, and as part of those efforts, he is compiling a report of available evidence and best practices documenting the connection between private sector investments and public policies. These connections promote healthy communities, and subsequent measures of business and community prosperity. The report will share the evidence, inspire future research and provide tools and resources for effective, efficient community health investments that produce results.

Dr. Adams received bachelor’s degrees in both biochemistry and psychology from the University of Maryland, Baltimore County, a master of public health degree from the University of California at Berkeley, and a medical degree from Indiana University School of Medicine. He has been a leader in numerous professional organizations, including the American Medical Association, the American Society of Anesthesiologists, the Indiana State Medical Association, and the Indiana Society of Anesthesiologists. Dr. Adams is also the former Health Commissioner of Indiana, where he led the State’s responses to Ebola, Zika, and to the largest HIV outbreak in the United States related to injection drug use.

Dr. Adams has pledged to lead with science, and facilitate locally led solutions to the nation’s most difficult health problems. He also feels his toughest, but most important job, is being a father to two teenage boys, Caden and Eli, daughter, Millie, and dog, Bella. 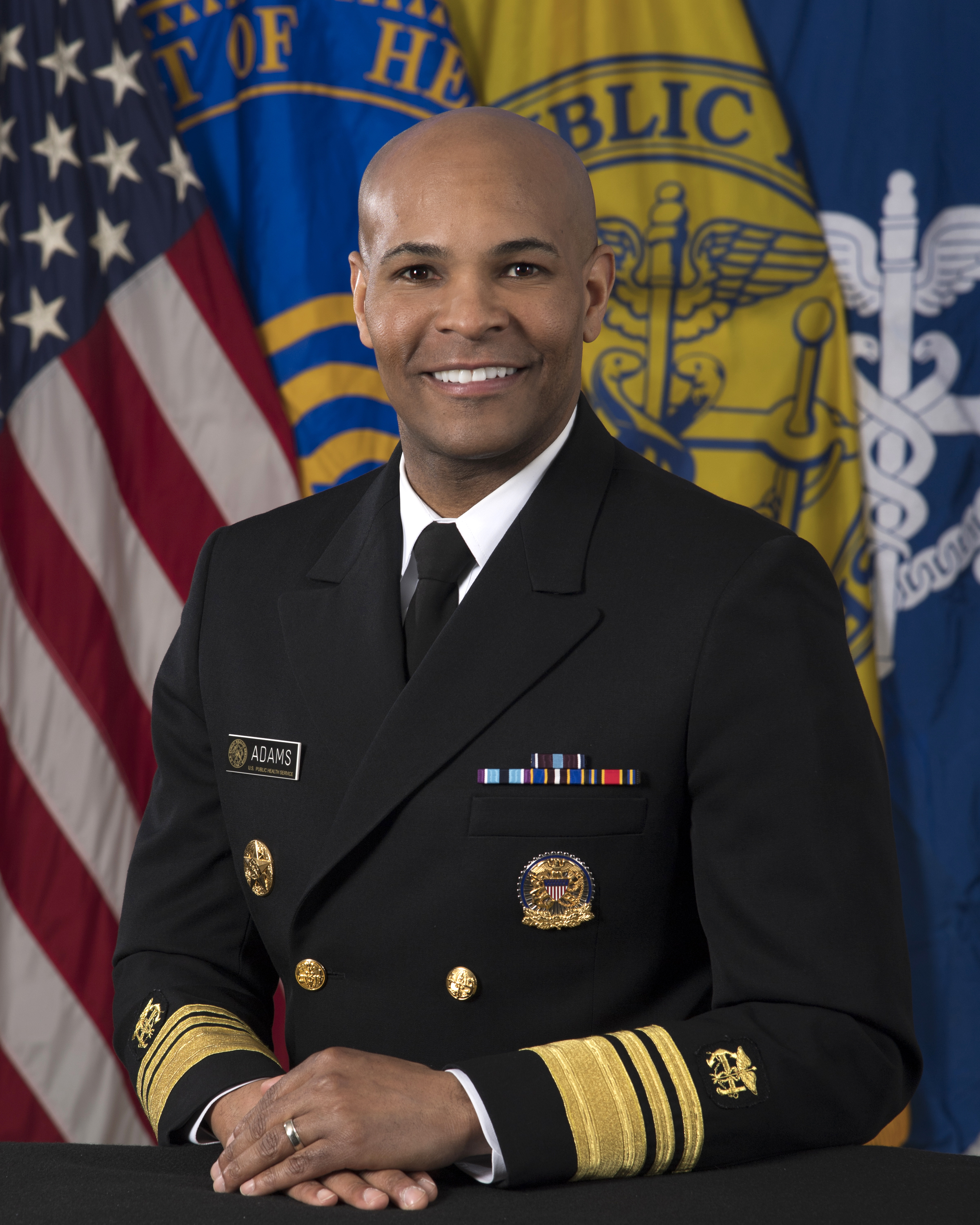