Full Name
Liz McCartney
Job Title
Co-Founder and Chief Operating Officer
Company
SBP
Speaking At
The Next Decade and Beyond – Panel Conversation
Speaker Bio
Liz co-founded SBP in 2006 after spending two weeks volunteering in New Orleans six months after Hurricane Katrina. What she and her then boyfriend, Zack thought would be a one-time, two week trip, led to a passion for direct impact and system change.

Through SBP’s partnership with Toyota, Liz led her team to reduce the average time to rebuild a house from 116 to 61 days. The model used to achieve these results has become SBP’s standard construction model, applied to all of the organization’s work nationwide.

Liz speaks on a number of topics including disaster recovery and women’s leadership. She has delivered addresses at her alma mater, Boston College and participated on panels at the Farmers Insurance Open Executive Women’s Day.

In 2008 Liz was named the CNN Hero of the Year for her innovative work in helping Katrina survivors return home and in 2016 she was nominated as a CNN SuperHero of the Decade for her continued work in disaster recovery in South Louisiana following devastating floods that summer.

In recognition of her dedication, Liz has twice been named a White House Champion of Change (2011 & 2013) and in 2011 was awarded an Urban Innovation Fellowship at Tulane University to scale and replicate SBP’s model across the country, with support from the university.

Prior to founding SBP, Liz taught middle school in Washington, D.C. and San Francisco, upon her return from Lesotho where she served with the Peace Corps.

Liz received a B.A. from Boston College, an M.A. from The George Washington University and an honorary doctoral degree from Muhlenberg College. 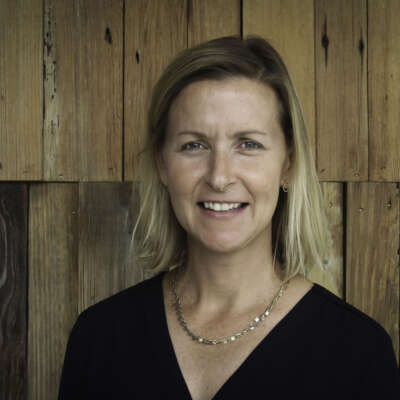