Full Name
Gloria D. Steele
Job Title
Chief Operating Officer
Company
CARE (formerly USAID)
Speaking At
Chronic Disease in Displaced Populations (Programmed by Abbott)
Speaker Bio
A career member of the U.S. Government’s Senior Executive Service, Ms. Steele served as Deputy Assistant Administrator at the U.S. Agency for International Development (USAID), where she led the Bureau for Asia for nearly four years starting in January 2017. She oversaw a program budget of $1.6 billion in 30 countries and a staff of 1,300 in fiscal year 2020. Prior to this assignment, she served as USAID’s Mission Director for the Philippines, the Pacific Islands, and Mongolia, with a program budget of over $500 million from 2010-2015.

Prior to being posted in Manila, Ms. Steele served as USAID’s Senior Deputy Assistant Administrator of the Bureau for Global Health, which had an average annual budget of $1.5 billion and a staff of 240. She assumed this position in January 2005. From 2001-2004, she served as Senior Deputy Assistant Administrator of USAID’s Bureau for Europe and Eurasia, which had an annual budget of $2.0 billion in 26 countries. She also worked for seven years at USAID’s Bureau for Africa as an agricultural economist, and seven years in the Bureau for Science and Technology, overseeing applied research on key rural development issues such as land tenure, access to agricultural credit, food security, and natural resource management. Ms. Steele served as a Policy Director for one year in the Bureau for Policy and Program Coordination, where she led the development of USAID’s first food security policy.

Earlier in her career, Ms. Steele served as a Management Consultant to the Philippines’ Secretary of the Department of Agriculture, and taught Business Economics at Letran Graduate School for Business in Manila.

Ms. Steele received a Master of Science degree in Agricultural Economics from Kansas State University, and a Bachelor’s degree in Business Administration from Maryknoll College in the Philippines. Her awards include a Presidential Meritorious Executive Award in 2007, Presidential Distinguished Executive Awards in 2008 and 2018, and the Order of Sikatuna award from the President of the Philippines in 2015.
Twitter Handle
@CARE
LinkedIn
https://www.linkedin.com/in/gloria-steele-97a14878/ 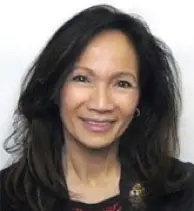