Brig. Gen. Fesler graduated in 1994 from the University of Utah with a Bachelor of Science in Political Science, and earned his commission through ROTC that same year. Brig. Gen. Fesler is a graduate of the School of Advanced Air and Space Studies, and is a Distinguished Graduate of both the Naval Postgraduate School and National War College.

Brig. Gen. Fesler has served in a variety of flying and non-flying operational, educational, and staff assignments including multiple tours in both the F-15C Eagle and F-22A Raptor. Brig. Gen. Fesler has commanded at both squadron and wing level. Brig. Gen. Fesler has participated in multiple deployments, numerous joint and coalition exercises, and has flown more than 50 combat missions in the skies over Iraq. Prior to his current assignment, Brig. Gen. Fesler was the Vice Director of Operations, NORAD, Peterson AFB, Colo.
Twitter Handle
@NORADCommand
LinkedIn
https://www.linkedin.com/in/pete-fesler/ 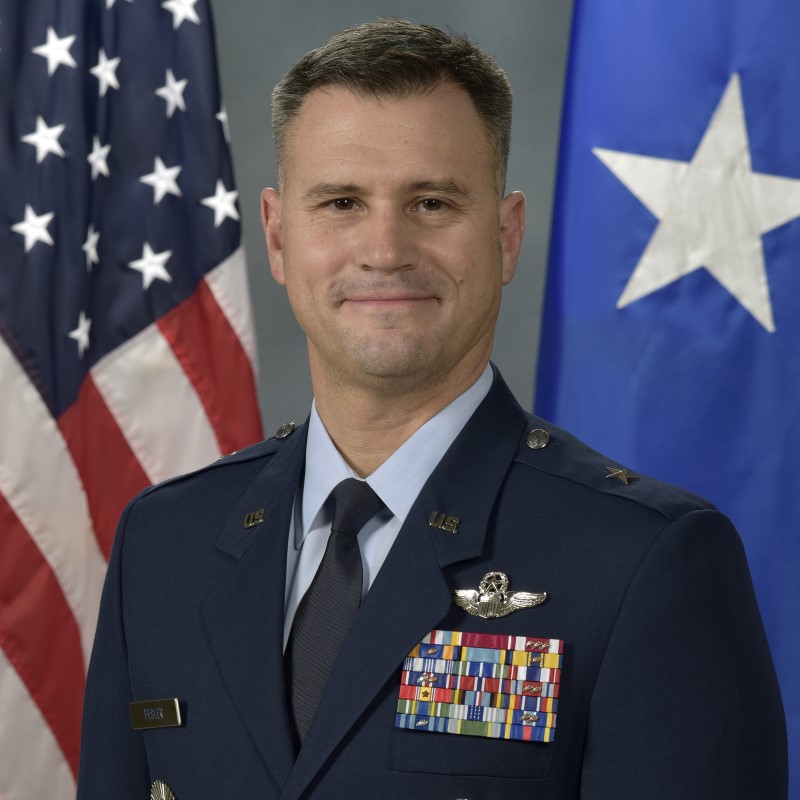