Chris started her career with then Corning Glass Works in 1980 with a liberal arts degree from Kenyon College. After twenty years in a variety of plant, business and corporate financial roles across many of Corning’s businesses, Chris joined Corning Enterprises in 2001. Focusing first on initiatives in child care, education, and economic development, she was named to her current role last year.

Committed to advocacy and support of women both professionally and in the community, Chris was instrumental in starting the Corning Professional Women’s Forum in the 1980’s and served on the first Women’s Quality Improvement Team at Corning. With 20 friends, she launched the Fund for Women of the Southern Tier in 2009, an organization she led for three years during which the Fund’s endowment reached its $1 million endowment goal.

Chris and her husband John split their time between a home in Painted Post, NY and a farm in Troupsburg, NY. She is an avid baker, particularly when it includes chocolate. She and John have two grown sons, Matt (Cornell MBA) and Connor (Hamilton College). 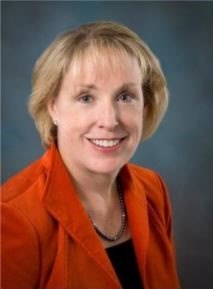