Ambassador Bernicat served as Ambassador to Bangladesh from 2015-2018 and to Senegal and Guinea-Bissau from 2008-2011. Previously she was Deputy Assistant Secretary in the Bureau of Human Resources, a position she held from 2012-2015. Domestically she served in the Department of State as Office Director for India, Nepal, Sri Lanka, Maldives and Bhutan in the Bureau of South Asian Affairs from 2006 to 2008; and from 2004 to 2006 as the Senior-Level Director and Career Development Officer in the Bureau of Human Resources. Ms. Bernicat was Deputy Chief of Mission twice — at the U.S. Embassy in Bridgetown, Barbados from 2001 to 2004, and at the U.S. Embassy in Lilongwe, Malawi from 1998 to 2001. She was Principal Officer at the U.S. Consulate in Casablanca, Morocco from 1995 to 1998, Deputy Political Counselor at the U.S. Embassy in New Delhi, India from 1992 to 1995, and Desk Officer for Nepal and India in the Bureau of Near East and South Asian Affairs from 1988 to 1990.

Earlier in her career, Ambassador Bernicat was Special Assistant to Deputy Secretary of State John Whitehead, Watch Officer in the Department’s Operations Center, Consular Officer in Marseille, France, and Political/Consular Officer at the U.S. Embassy in Bamako, Mali. She is the recipient of the Secretary of State’s Distinguished Service Award and numerous other Department awards.

A native of New Jersey, Marcia Bernicat received a Bachelor of Arts in History from Lafayette College and a Master of Science in Foreign Service from Georgetown University. In 2018 she was awarded an honorary degree of Doctor of Public Service by Lafayette College. Prior to joining the Foreign Service, Ms. Bernicat gained private sector managerial experience working for the Procter and Gamble Manufacturing Company on Staten Island, New York. Her languages are French, Hindi and Russian.
Twitter Handle
@State_E 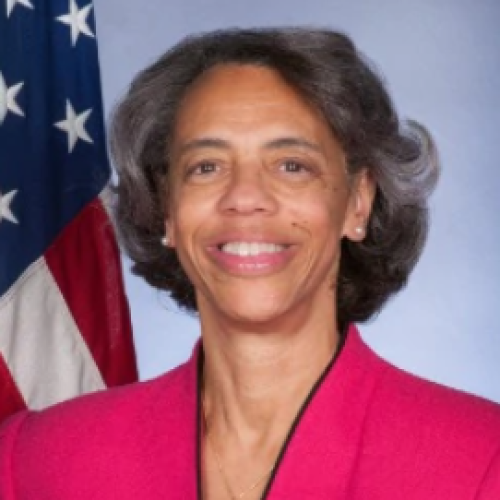