Full Name
Fiona Greig
Job Title
Co-President
Company
JPMorgan Chase Institute
Speaking At
Breakout 1: Women and Money
Speaker Bio
Fiona Greig is the Director of Research for the JPMorgan Chase Institute. Previously, Fiona served as the Deputy Budget Director for the City of Philadelphia from 2012 through 2014 and as an Adjunct Professor at the University of Pennsylvania. Prior to that, Fiona was a consultant at McKinsey & Company for five years, consulting public and social sector clients on strategy, operations and economic development.

In 2009 Fiona started and ran Bank on DC, a financial inclusion program for the District of Columbia. She has published on economic and public health topics in journals such as the American Economic Review and AIDS and Behavior. Fiona was named a Rising Talent by The Women’s Forum for the Economy and Society. She holds a B.A. from Stanford University and a Ph.D. in Public Policy from Harvard University. 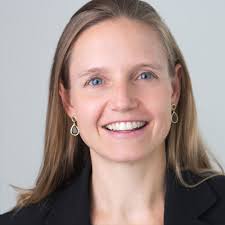