Prior to work in the private sector, Jones was the founding executive vice president at the GAVI Fund. He also was vice president of programs and policy at the Children’s Defense Fund where he oversaw the organization’s work on education, juvenile justice, child welfare and health.

For a dozen years, Jones served in various capacities in the U.S. Congress, including director of communications and policy to Senator John F. Kerry. He assisted in drafting major global health legislation forming a key portion of the US federal response to health issues in developing countries. 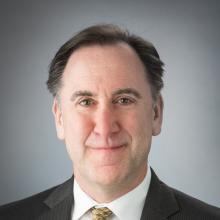