Full Name
Henriette Kolb
Job Title
Manager Gender and Economic Inclusion Group
Company
IFC
Speaking At
Action on Gender Equity
Speaker Bio
Henriette leads the Gender Department at the International Finance Corporation (IFC), a member of the World Bank Group. She serves as an advocate for gender equality issues in the private sector and works with IFC’s clients to include both women and men as entrepreneurs, employees, consumers, community stakeholders and leaders. She leads a global team that is engaged in co-creating gender-smart private sector solutions through research, investments, advice and peer learning platforms.

Before joining IFC in September 2013, Henriette was the CEO of the Cherie Blair Foundation for Women, where she remains involved as a senior advisor. Earlier in her career, Henriette was the UN representative in the Middle East Quartet team advising Tony Blair in Jerusalem. She also worked for the Office of the UN Special Coordinator for the Middle East Peace Process (UNSCO). She has held positions as governance advisor with the European Commission Delegation to Tanzania, the German Technical Cooperation Agency in Germany, and the Friedrich Ebert Foundation in Tanzania, where she worked on conflict reduction, civic education, and socioeconomic issues in East Africa.

Henriette graduated with an MSc in Development Studies from the School of Oriental and African Studies in London and received her MA from Freiburg University, Germany. She is also a Harvard Kennedy School Women in Public Policy Program fellow (2018). Henriette is a Bucerius and Hertie summer school alumna and a frequent contributor to blogs hosted by the Council on Foreign Relations, Huffington Post, and Business Fights Poverty.
Twitter Handle
@henriettekolb 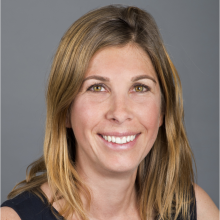