Previously, Cotter served as Project HOPE’s Director of Emergency Response and Preparedness for several years. In this role, Tom directed the operation of Project HOPE’s domestic and global coronavirus response efforts, as well as leading responses to major emergencies, developing training for staff responders and medical volunteers, and ensuring quality humanitarian programming around intersectional health needs. Cotter holds a number of licenses and certifications such as Operations and Advanced Incidence Command Systems from FEMA; as well as Disaster Response Leadership in Austere Environments from MGH Global Disaster Response and Psychological First Aid from the U.S. Department of Health and Human Services.

Cotter has developed emergency preparedness plans for natural and man-made disasters, and subsequently responded to these crises across the globe, including major earthquakes, hurricanes, cyclones, infectious disease outbreaks and more in countries such as Haiti, the Philippines, Panama, Nigeria, Madagascar, and Papua New Guinea.

Cotter worked as an Emergency Response Coordinator for the U.S. Department of Health and Human Services’ Incident Management Team where he provided public health leadership for federal disaster rapid-response team. He also worked as an Emergency Response Specialist for Americares, designing, developing and managing a $1.5M project to increase the response capacity of the organization. Cotter has been published in the Domestic Preparedness Journal on Early Detection of Zoonotic Emerging Infectious Diseases and has completed an analysis on the Surveillance in Post Extreme Emergencies and Disasters for the Department of Health in Manila, Philippines.

Cotter holds a Master of Public Health from Boston University School of Public Health, with a focus in international health and complex humanitarian emergency management. In addition, he completed the Management of Health Emergencies in Large Populations (HELP) course at Johns Hopkins Bloomberg School of Public Health, which has provided humanitarian workers with intensive training experience in public health principles and disaster epidemiology for over 20 years to better understand the needs of refugees, internally displaced persons and others affected by natural disasters and conflict. Cotter also completed a field study on the socioeconomic determinants of health at the University of the Philippines and has a Bachelor of Arts degree in Public and Community Service Studies from Providence College.
Twitter Handle
@TomCotterER 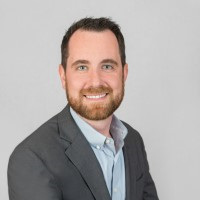